Do you like video games? Do you like digital art and virtual goods? What about money; do you like money? Have you heard of bitcoin/cryptocurrencies and blockchain technology? If you answered “yes” to at least two of these four questions, then you should be excited about non-fungible tokens (NFTs) as the next mainstream gaming and art experience.

Imagine getting rewarded for playing a game – and no, I don’t mean winning a competition by being the best at League of Legends or Call of Duty. Imagine this: you played a game for a few hours, and you received a few tokens that you can exchange for real world currency, and you use it to buy a coffee at Starbucks – or a car if you save/play enough. You could also use that token in-game to upgrade your characters or buy or sell rare items with the digital currency within the game itself. You could even sell your in-game characters legally for fiat profit.

Some people will say, “I’ve already been doing this on WoW/Diablo/Everquest/etc with gold/item farming, what’s the difference?” The difference is the blockchain, and the fact that you actually own these items now. No one can take them from you, or close your account, it’s 100% legal. You own that rare item, or that rare character, and if you so choose to sell it, you can do so without a game company saying it’s illegal and deleting the item. This is the game-changer, for lack of a better word. Now you are in control of your characters and items and what you want do with them. The blockchain has the ability to track ownership through time, to see who has bought and paid for items, or created them. This adds a further layer to the game, and ensures authenticity in regards to game cards, items, etc. No forgeries will be allowed because they were not programmed into the game from the very beginning. No more wondering if that Black Lotus card from Magic the Gathering™ (MTG) is legit or not.

For example, a game called Axie Infinity allows you to create/breed/level up your Axie pets, and fight/train them. Think of Axies like Pokemon™ with many types of traits and abilities. You can buy/sell them on the Axie marketplace and play online with all transactions being recorded on the Axie blockchain. 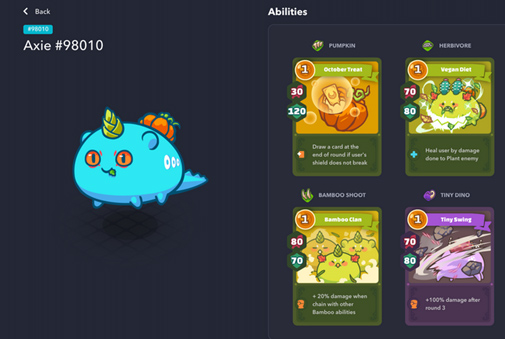 One of the most hyped NFT games coming out in 2022 is Parallel Alpha™. Think of it like MTG played online, using blockchain technology to map out your deck of cards, and the rules of the game.

These cards are very detail orientated, look absolutely beautiful, and are very much in-demand online, selling for hundreds and thousands of dollars per card. The game developer is going all-out to create a game that brings in NFTs via artwork, gaming, and finance. I am very much looking forward to playing this game in 2022 when it releases. 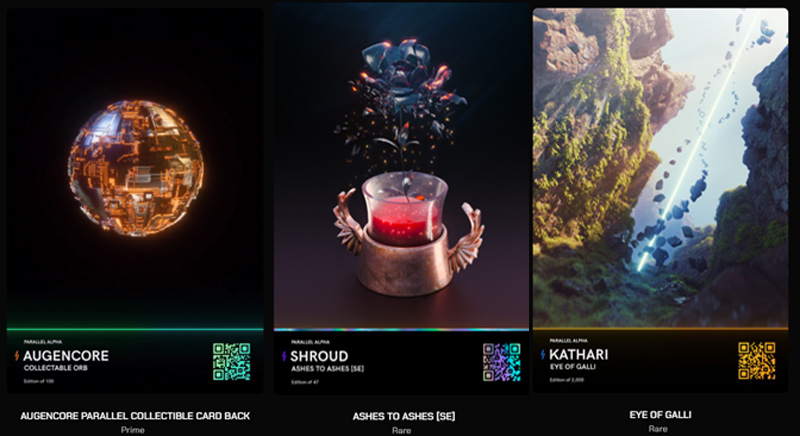 Many cryptocurrencies are getting into NFTs. Ethereum was the first, followed by Tezos, Solana, Terra, FTX, TRON, Cardano, and many others. The current biggest exchange for NFTs is OpenSea, which hosts thousands of different NFTs for various artists, art dealers, game companies, buyers/sellers, and collectors. As of today, OpenSea has done about $3.4 billion in transaction volume on the Ethereum blockchain in August 2021. That value is ten times the number compared to July 2021.

Going further down the NFT rabbit hole is art alone. There are people making some epic art utilizing AI to paint, people taking amazing photos around the world and turning them into NFTs, or experimenting with audio/video NFTs.

As of this writing, none of the major game developers have gone down the crypto/NFT rabbit-hole, but I expect when they do, it will be a major money maker for developers and players alike, bringing in billions of dollars per year. 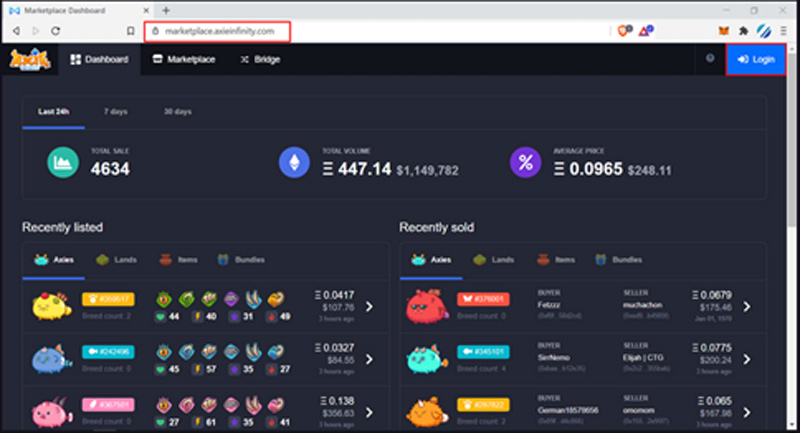 By empowering players to develop the game themselves through governance built within the tokens, you could effectively have the developers building what the players want, which is exactly the opposite of the current video game industry. No more hoping that your requested change, or expansion idea will happen. Instead, you could put it to a vote with the players at large and get it included in the next game update.

Imagine this happening in 3D games. Instead of a flat 2D item, you now have a 3D item that you can interact with. A plot of land you digitally own, complete with documentation, with a house, and items within it. I believe we are on the first steps to creating the Ready Player One™ digital Oasis. I, for one, am looking forward to it.

Thank you for reading, and I hope to see you on OpenSea buying NFTs soon!