Dear Games Industry: Please Give Me Less for My Money

Recently I played through a cooperative game with MissDynamite called It Takes Two. I’m not here to review it (it’s very good), but the short version is that it’s a cooperative platformer that takes you and a partner through a variety of imaginary worlds, boss fights, strange character interactions, and some boss fights. It’s a pretty tightly packed and linear experience with an interesting design choice: no collectibles.

Most games like this would have three medals, or eight purple coins, or four hidden stuffed animals, or SOMETHING to make you constantly search every nook and cranny of the level. Either that, or just write it off as content you’ll never see and go on your merry way not getting the full experience you paid for.

Although it seemed a bit unorthodox and out-of-place for this genre, I realized as I played how liberating it was to not really worry that I was missing an objective by not searching everywhere. The game has a lot of really cool environments and imaginative sets/props that are cool to look at – but if I took the time to look at them, it wasn’t for a reward or an achievement. It was just because I liked looking at it. Being there and enjoying it was its own reward.

That’s not to say that the game doesn’t have things to find off the beaten path – it does have minigames that the two players can compete in. But what you find there is extra gameplay, not just a coin that fills up one of the three empty slots over each level.

As it turns out, this was a very deliberate decision by the game’s director: ‘People don’t even finish games’

The TL;DR for that article is that there’s no point in putting replayability gimmicks in a game when a lot of people don’t even finish them these days. That article links to another one comparing PS4 game completion trophies to the number of people who bought the game – very few games get up to anywhere near 50%. Most games that people buy are probably never finished.

I’ve become increasingly aware over the years of the tendency of some games to “artificially” inflate their playtime through repetition or grinding. Some people actually enjoy doing those things for their own sake, and that’s fine – but I think we can probably agree that running around clicking on flowers for hours at a time so that you can brew a bunch of potions later isn’t, in itself, very fulfilling as an activity. If I enjoy something like that in a game it’s generally because I’m doing something else in the background like watching a movie – which is not high praise for the game.

This isn’t a new observation by any means – in fact, I remember Jonathan Blow, creator of The Witness and Braid, talking about this idea, which is summed up pretty succinctly in this blog post: Why aren’t video games satisfying?

I’ve played World of Warcraft on and off over the years, but one day I looked at the herbing, fishing, mining, tradeskills, PvP grind, instance farming, and raid progression in a new way, almost as if I’d put on the famous sunglasses from They Live. 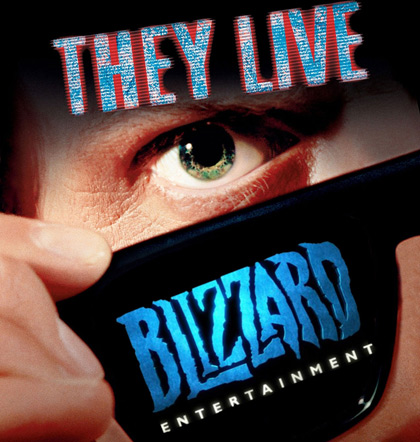 “It’s all just treadmills!… well, that and layoffs.”

In place of all of those systems I’d put work into over the years, I just saw a bunch of treadmills. What was even weirder was that the reward for all of those treadmills was just… playing more WoW. You play WoW so that you can play more WoW.

In the face of all of this I’ve really grown to appreciate shorter games with a definitive end that don’t waste my time.

I’m not telling other people they can’t enjoy an sprawling Elder Scrolls or a grindy MMO – if you like those I’ve got no problem with you. But my taste has definitely shifted towards shorter games that are more focused on giving me a memorable experience and then having the good taste to end while every moment is still entertaining.

That and factory games. MAN – do those hook me. Maybe I’ll talk about those in a future blog post. :)